We use so-called cookies in connection with our Internet presence in order to optimally design and continuously improve it for you. We use technically necessary cookies, but also cookies for statistical purposes or to display personalized content. By clicking on the selection options, you may decide individually whether to allow certain cookies. Please find further information in our privacy statement. This is where you may modify your decision at any time and you will find further information on this topic.

When activating marketing, statistics also need to be active.

Required
These cookies help us to enable the operation of the website. They ensure basic functions and therefore cannot be deactivated.

Statistics
With the help of these cookies, we collect anonymous data for statistics and analyses in order to improve and optimise our offer and our Internet presence. We collect information about the user behaviour on our website, such as the number of visits and the average time spent on the site or the pages called up.

Marketing
These cookies are used to present you advertising inside and outside our websites that is tailored to your interests.

Welcome to Paulaner!
The finest Munich art of brewing - since 1634

As a leading Weissbier brand, the Paulaner brewery accepts responsibility and respects legal requirements with regards to maintaining a responsible attitude towards drinking alcohol. You can find information about alcoholic drinks on the following pages.

Paulaner is committed to the responsible consumption of alcohol. Since the following pages provide information on alcoholic beverages, we ask you to confirm your age.

To visit a different international version of the website please select a country:

Are you over 18?
Yes No
The Paulaner website is only available to persons who are older than 18 years.

Why we don’t advertise for people not of legal drinking age, you can learn at:

The Biergarten Embodying the
Bavarian way of life

The Biergarten Embodying the Bavarian way of life

History of the Paulaner Biergarten

The Paulaner Biergarten is much more than a place, it’s a lifestyle. Whether in Munich, London or Shanghai, it stands for enjoyment and conviviality, tradition and friendship. Of course, it’s always informal and casual. In short, it’s where things are exactly as they should be and where Bavaria is the most beautiful – even though some wonderful Paulaner Biergarten lie outside of Bavaria's white and blue borders.

Biergarten have been an inherent part of Bavarian tradition, embodying “Gemütlichkeit“ (hospitality) for over 200 years 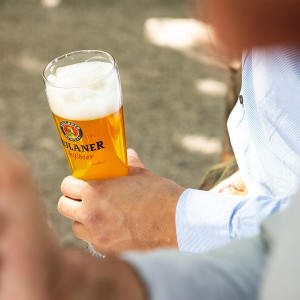 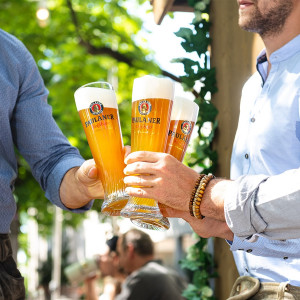 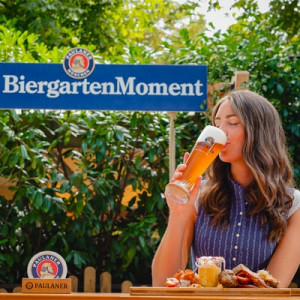 The origin of the Paulaner Biergarten

The origin of the Biergarten dates back to the 16th century in Munich. We owe this heavenly place on earth to the brewing methods of the time and to the Bavarian brewing regulations of 1539 – although both of these almost caused an entire summer without beer in Bavaria. Because at this time beer was brewed using bottom fermentation, which takes place at temperatures between 4° and 8° Celsius, successful fermentation could only occur during the cold months. Furthermore, because the hot brewing kettles had been causing terrible fires in the summer heat, brewing was only permitted between September 29th and April 23rd, as per the historical and traditional brewing regulations at the time. In order to be able to provide beer during Munich’s summer months, beer had to be brewed in the winter, followed by several months of chilled lagering: a true challenge.
As a result, small breweries and inns began to feel robbed of their customers. So they approached King Maximilian, the first King of Bavaria, with their concerns. In 1812, this Wittelsbach King finally declared a compromise – thank goodness – to keep the extremely popular Biergarten in business.

Bavarian inventiveness led to the idea of storing beer in deep cellars to keep it cool. These cellars where naturally chilled by gravel spread above ground and shade from chestnut trees planted on top of the cellars. Thanks to their shallow roots, the chestnut trees caused no damage to the cellar vaults and are still a typical feature of Biergarten today. Back then, the brewery sites were located outside the city and quickly became popular destinations for Munich’s citizens. At first, people just picked up the cool, fresh beer to take back home with them, but soon Bavarian hospitality prevailed and the beer began to be enjoyed directly underneath the large treetops of the chestnut trees. The brewers set up simple tables and benches to accommodate the people – the Biergarten was born.

The Biergarten is the best choice for an authentic Bavarian timeout in order to refresh, relax and celebrate. A lush green oasis in the shade of chestnut trees that invites you to stay and decompress Bavarian style with tasty snacks and a well cooled Weissbier. Pouring a Weissbier takes some calm, leisure and intuition to achieve the fluffy foam on top and perfect sparkling pleasure underneath. Then it’s time for the mandatory toasts and you get to enjoy the first taste of Weissbier when it has made its way through the soft froth, making the moment a real, shared Weissbier moment. And that’s when you feel it: The legendary Bavarian gemutlichkeit.

What you've always wanted to know about Biergarten
Equipped with this Biergarten guide, nothing can go wrong.

Beer, the liquid food
In the 14th century the Paulaner monks were brewing true to the motto: “Liquida non frangunt ienum” (“Liquid does not break the Lent”). Because of the hard work and the often sparse food especially at times of fasting, beer was considered liquid food, allowing the people of Munich to drink 5 litres per day!

Beer tables and benches
There are no tables for two, and people are very open. It is appropriate to share a table and toast each other with a Mass (litre mug) of beer.

Food
Traditional Biergarten meals are Steckerlfisch, a mackerel on a stick grilled over charcoal. There ist also a Bavarian cheese spread called Obazda, Radi (radish), Wurstsalat (marinated sausage salad) and the traditional Bavarian snack board known in Germany as a “Brotzeitbrettl”.

The toast
Before enjoying a tasty Bavarian wheat beer together, there’s always the toast. But keep in mind: Wheat beer glasses are clinked against each other at the bottom end. That stirs up the yeast that has settled down at the bottom of the glass and allows it to unfold its full range of taste. Also, the glasses are thinner on the upper end and less sturdy than a beer stein.

The most important Bavarian vocabulary and phrases for your visit at the Biergarten.

In Bavaria and especially in the Biergarten, there are certain expressions, which are hard to understand for our guests from all over the world. That's why we compiled a helpful Biergarten Dictionary to make your visit as smooth and pleasant as possible.

Brezn
The traditional Bavarian pretzel. Artfully shaped with its twisted arms and also available in the extra large Oktoberfest version.
Brotzeit
An arrangement of Bavarian style snacks like bacon, horseradish, cream cheese, Leberkaese and more, which can be served at any time of the day. Best served on a rustic wooden board.
Busserl
A Busserl can be anything from a quick smooch to passionate kissing. Just make sure it comes from your sweetheart.
Fingahackln
Bavarian style finger-wrestling, where you hook your middle fingers into each other and then try to pull your opponent across the table. Either done spontaneously to impress your friends or in one of many organized tournaments.
Gaudi
Fun in its most original sense, when you get to share time with friends and family and - at least for the moment - don't have a care in the world.
Gmiadlich
Gemütlichkeit in Bavaria is when everything is just right: The mood is good, the people are nice - this is how things should always be.
I mog di
The typically modest Bavarian way of saying: "I love you!" Might end in a Busserl, in massive heartbreak or everlasting love.
Is da no frei
This is how you inquire, if there's still room for you at the table. The answer is usually yes, as Bavarian culture has it that you share your table with everybody at the Biergarten.
Oans, Zwoa, Gsuffa.
One, two, bottoms up. One of the most popular toasts in Bavaria, especially in the beer tents.
Obandeln
Trying to flirt with somebody. And who knows: Maybe you even get a Busserl by the end of the evening.
Ozapfa
The solemn ritual of tapping a new barrel of beer, often announced by the ringing of a bell.
Pfia de
The traditional way to say goodbye in Bavaria.

Biergarten tipsA Biergarten is something unique, hence locals have a slight advantage regarding the local customs and traditions. Thankfully, our waitress Paula has a few tips for your next visit to the Biergarten. Enjoy!

„Bis heut‘ Nachmittag!” See you this afternoon!
It’s best to make appointments for vague times because no one is in a rush and no one is too late. It is very “gemütlich” (relaxed) at a Biergarten and it already begins when making the appointment.

„Hock di hera!“ Have a seat!
Strangers quickly become friends in the shade under the chestnut trees. So please sit down at any table without hesitation. Every new face adds a touch of conviviality.

„Hier schmeckt’s allen!” Everybody likes it here!
The most diverse people come together here: the older gentleman toasts with the young students, the train conductor chats with the tourists, and the bricklayer enjoys his snack with a college professor. This is the right way to socialize.

„Wer bist’n du?“ Who are you?
In a Biergarten sometimes dialects, language, attitude and even competing football fans bump into each other, but fortunately everybody is allowed to say what they think. Only one thing is not allowed: formal introductions in German. In a Biergarten everyone is referred to by their first names, never their last.

„Prost miteinand!“ Cheers everybody!
Don’t forget to toast your neighbors when enjoying your own fresh Paulaner Weißbier, ideally many times. An easy rule of thumb: ten toasts should be okay for each 1 litre Mass. And, by the way, you only toast with the bottom of the Weissbier glass.

„Tischlein deck dich!“ Set your table!
A Bavarian Brotzeit (light meal or hearty snack) is very traditional. As a true Biergarten professional, bring along a quaint tablecloth, wood cutting board and a sharp knife in a picnic basket. A delicious Weissbier will be waiting for you.

„Zeit für a Brotzeit!“ Time for a Brotzeit!
Nothing goes better with a hearty Brotzeit than a fresh Weissbier. Now it’s time to take all the little delicacies we love so much to the Biergarten: namely pretzels, Radi (radish) and our beloved Obatzda.

„Aus is!“ It’s over!
Don’t be shocked when you hear the sound of a bell at 10:30 p.m. It would be a shame to spill all that tasty Weissbier. But this means it’s “last call” and is mandated by the opening hours of the Biergarten. Biergarten hours are officially governed by Biergarten regulations, so order your last round punctually!

„Prost Mahlzeit!“ Cheers, enjoy your meal!
Did you know that our Biergarten don’t have a season? Even on a nice day in the winter we will bring out the Biergarten tables and chairs, and enjoy the moment together: with a fresh Weissbier and a homemade picnic lunch.

The Bavarian snack board known in Germany as a “Brotzeitbrettl” is just as much a part of the Paulaner Biergarten as drinking a cold Paulaner beer. To enjoy the perfect snack board at home, watch the video instructions we made for you – it also works great with local foods too.
Enjoy your meal!

The Bavarian snack board known in Germany as a “Brotzeitbrettl” is just as much a part of Paulaner Biergarten as drinking a cold Paulaner beer. To enjoy the perfect snack board at home, watch the video instructions we made for you – it also works great with local foods too.
Enjoy your meal! 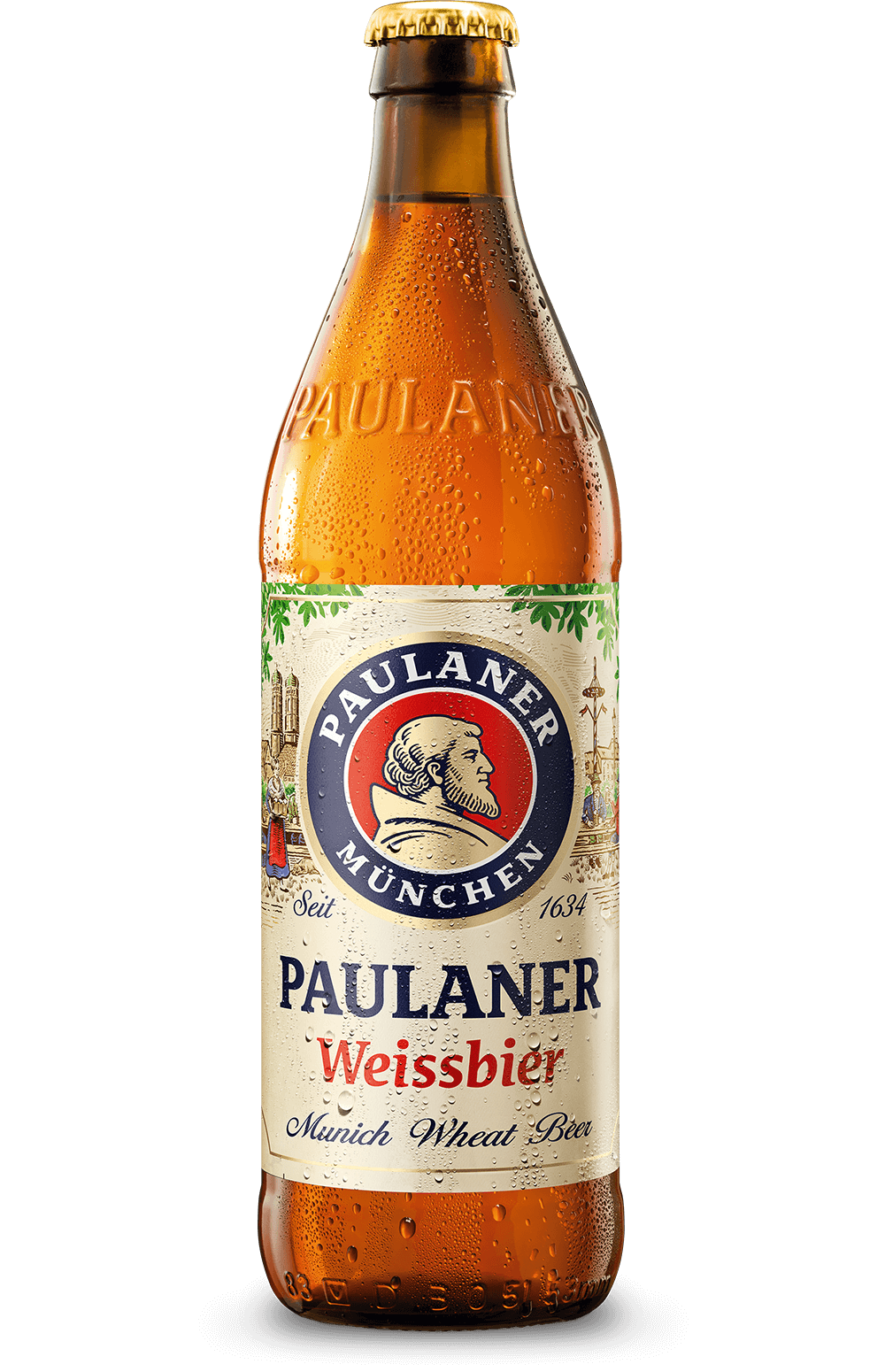 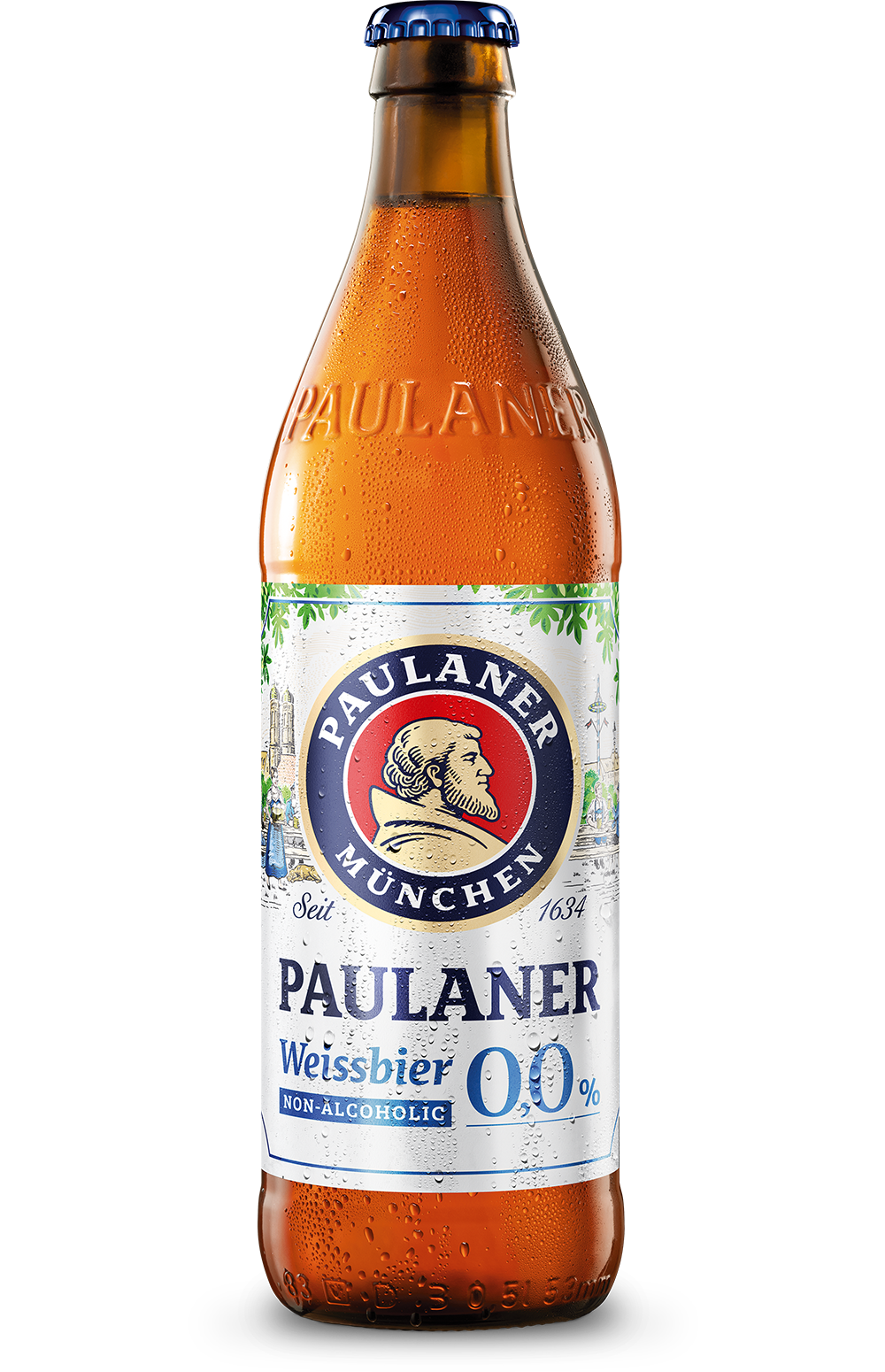 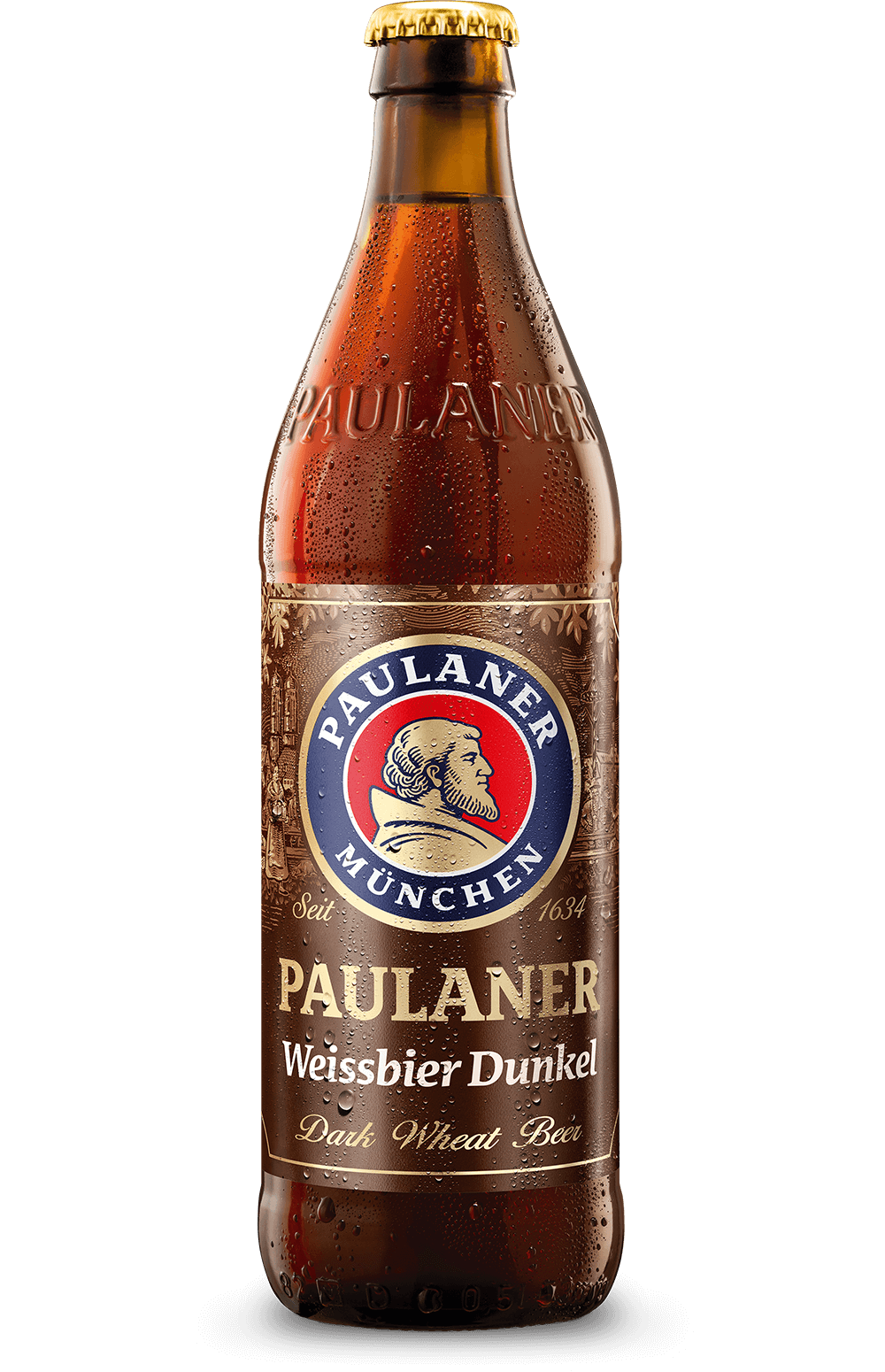 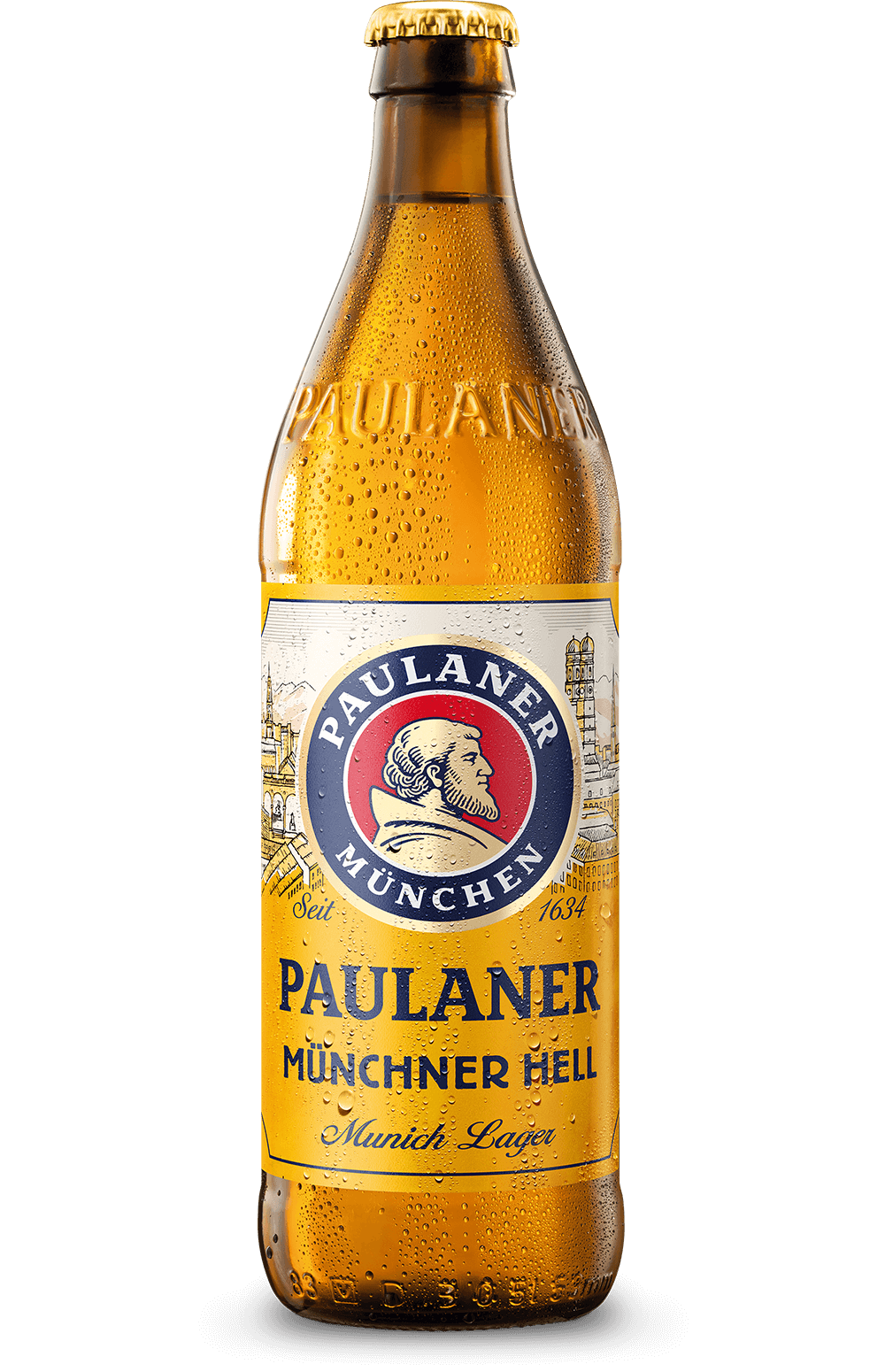 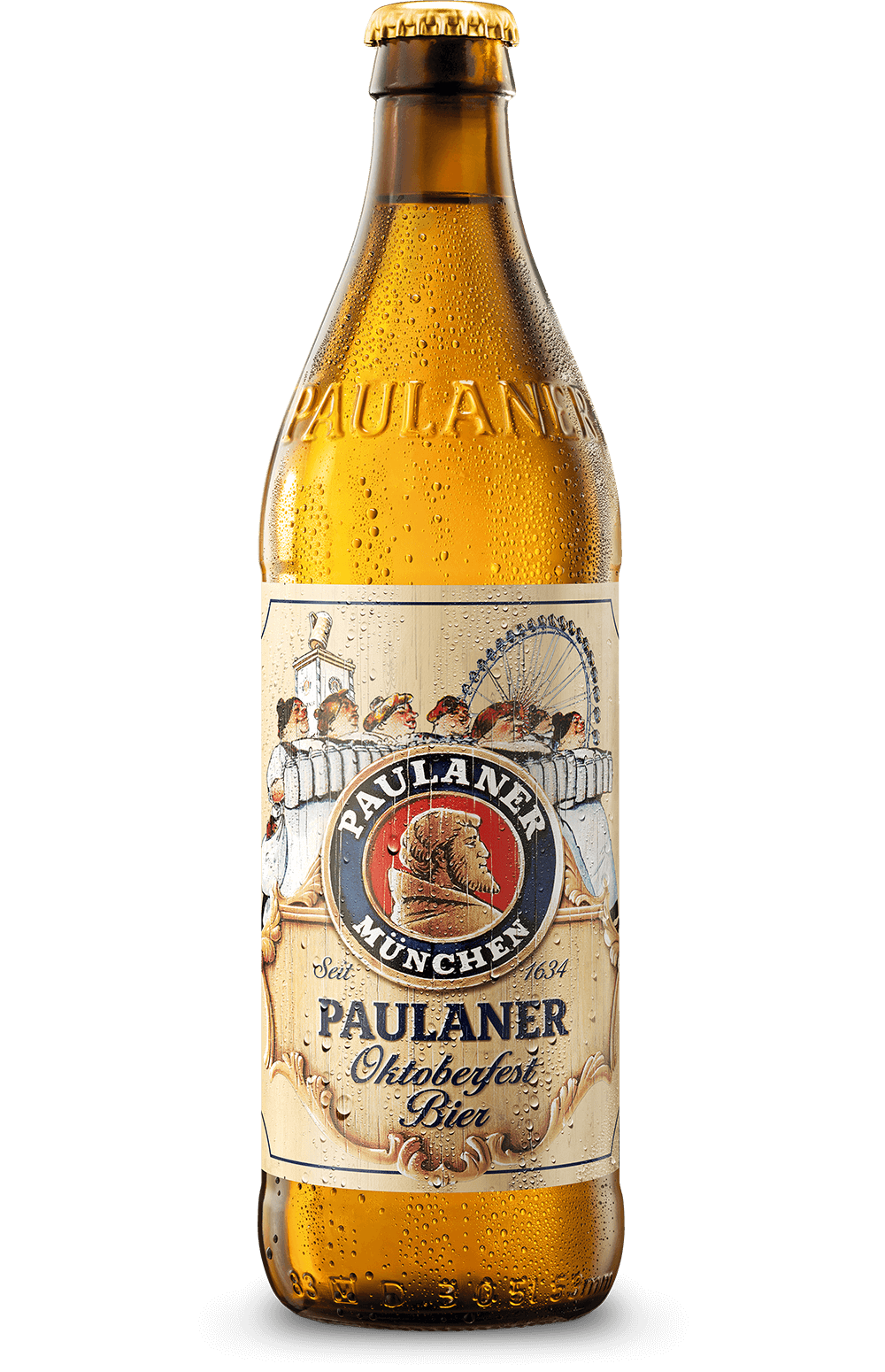 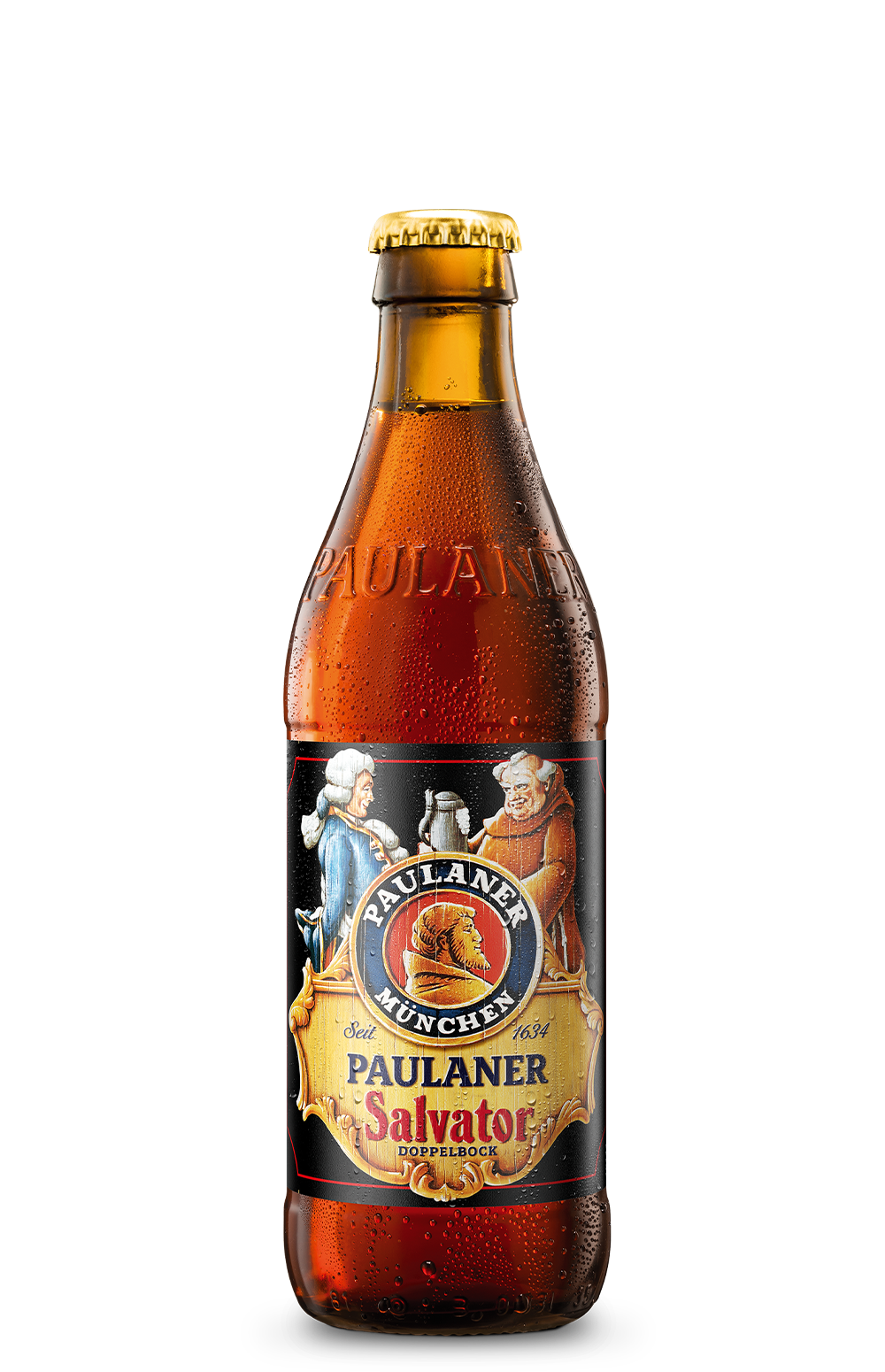 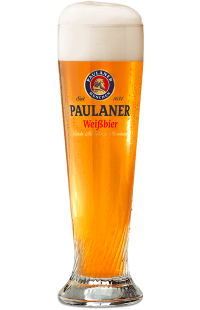